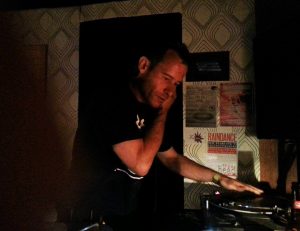 ADJ is a DJ/Producer who has been playing for 25 years and producing for nearly as long, with nearly 70 tracks released to date. Since 2000, Andy has held down DJ residences at Perverted Science, Wang and Scand in London, The Lost Mine in Birmingham and UFO in Plymouth.

His two albums of last year ‘Beats, Blips and Other Dimensions’ and ‘Hand of Mysteries’ were voted amongst the top 100 releases in Igloo Magazine’s readers poll. Look out for ADJ’s forthcoming remixes of Scanone, Flint Kids and Broken Weasel, as well as release #10 on the ‘Pyramid Transmissions’ label he runs with label partner John Cranmer (Pathic).