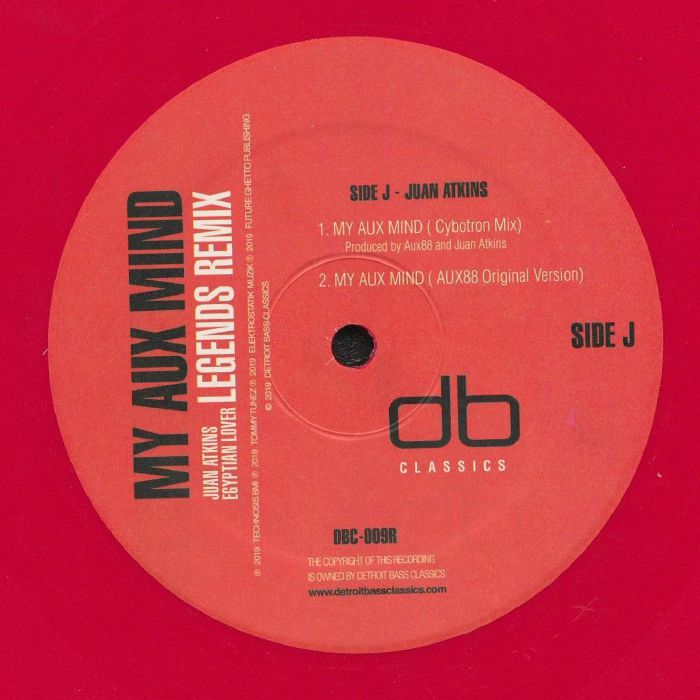 DBC-009R : MY AUX MIND (REMIXES) – AUX88
The 1990’s launched an onslaught of projects and musical influences to a new generation of listeners to a re-emergence of electro. Paying homage to those before, a four-man crew from the east side of Detroit, AUX88, laid down the foundation of the gritty sound of the streets, and made their presence known via urban radio, dance clubs, and overseas venues. The time has come for those who were major influences to add their touch to the continuation of that sonic pallet.

*”MY AUX MIND” (Cybotron Mix)*
Reworked & refined, “The Originator”, joins forces on the classic jam. Pumped up by the cosmic bass slaps as the man himself, Juan Atkins, injects his futuristic, cool vocals over this mix’s voyage into a funky electro masterpiece.

*”MY AUX MIND” (Original Mix)*
A stark & bold radio hit that brought about the electro revival makes its appearance on this must-have essential. Reminding a new era of its statement to move butts on its own terms. Definitely classic.

*”MY AUX MIND” (Egyptian Lover Mix)*
Rehashed by the “Master of the 808”, the Egyptian Lover takes hold of the track adding his signature beats, robotic vocorder vocals, and mythic melodies as if it was his own. A complete dance floor boogie statement to the art by one of the group’s heaviest influences.