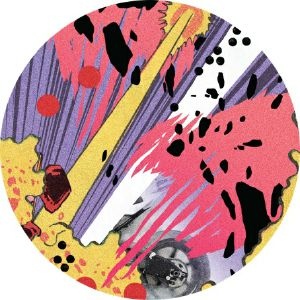 The second of the three vinyl EPs featuring tracks from Perc Trax’s ‘Slowly Exploding’ compilation groups together three of the label’s main artists and closes with a producer making his Perc Trax debut. The A1 slot goes to label boss Perc, whose ‘Hyperlink’ builds on the sound of the dancefloor tracks of his last album with a huge kick giving way to swooping 8-bit chords whilst Sawf’s ‘Goves’, already tried and tested by Perc over the last few months is an unrelenting breakbeat monster. On the B-side Truss delivers one of the stand-out tracks of this series, with the Surgeon supported analogue juggernaut that is ‘Brockweir. Closing things off is Drvg Cvltvre, who lowers the tempo but not the intensity with one of his trademark 303 workouts.