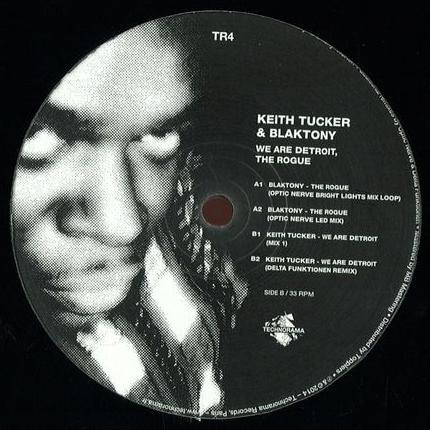 Keith Tucker & Blak Tony ‎| We Are Detroit / The Rogue

Known mostly for his vocals, writings and concepts, DEMF vet-Blaktony places his producers hat on to release on Technorama Records his new electro project alongside of Keith Tucker, part of the famous electro duo Aux88, who has recorded under several monikers such as Optic Nerve, K-1 or Alien FM since the very early nineties and who has built his own unique style of electro and techno music out of Detroit.

You can find here two brilliant remixes of ‘The Rogue’, full of trademark Optic Nerve funk and futurism, combining deep techno with haunting vocals and machine rhythms. On this other side, ‘We Are Detroit’ by Keith Tucker keep the same vibe of classic Detroit techno stuff and Delta Funktionen delivers a fabulous remix that finds its place near the solid electro techno sound. We are very sure these tracks will devastate the dancefloors. Get re assimilated!