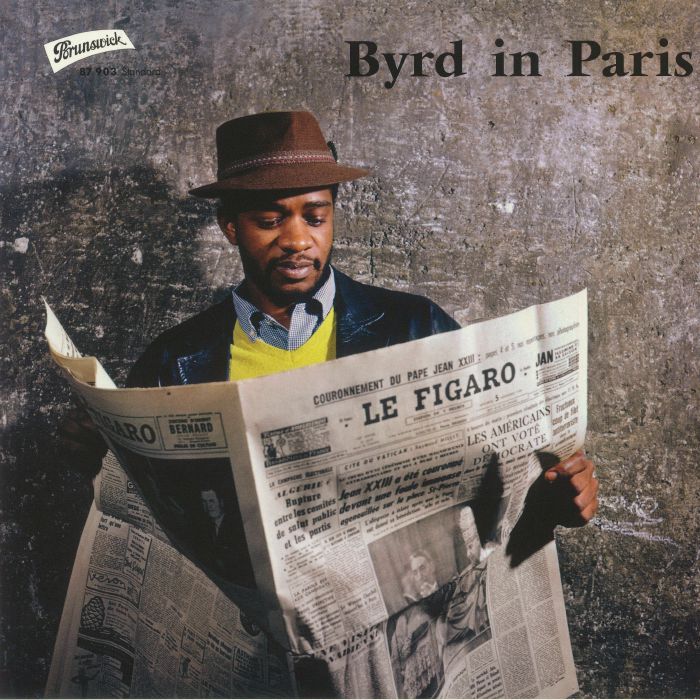 “They’d been living in Europe for months. They’d appeared in Cannes and at Knokke (…) yet the only thing missing was the consecration that a great concert in Paris would bring. They won that last battle with astounding brio, in front of an audience of connoisseurs. There were many there who thought modern jazz had never been so well- served in Paris.” (Jazz Magazine). Hard bop had arrived! Hallelujah! On its first French appearance, in July ‘58 at the Cannes Festival – the first and only Cannes jazz festival – the Donald Byrd Quintet had brought the house down. Yet four of its five members were relatively unknown in France…

The French knew that the leader had replaced Kenny Dorham in the Jazz Messengers, that Doug Watkins was the Messengers’ bassist, and that pianist Walter Davis Jr. was still only 18 when he’d played with Charlie Parker. As for Art Taylor, even if his name meant something to fans, it was still difficult for people to have a more precise idea of his musical qualities. Only Bobby Jaspar was well-known to Paris audiences, and the tour marked the return of the prodigal son, the musician who’d decided, after setting the Club St. Germain on fire, to try his luck in the States early in 1956 – J.J. Johnson had hired him, and then Miles Davis (for a short spell) before Donald Byrd brought him into the group he was taking to Europe.

This new tour would climax at the Olympia theatre during one of the “Jazz Wednesdays” that were organised there, ever since the Jazz At Carnegie Hall” tour – Zoot Sims, JJ. Johnson, Lee Konitz, Phineas Newborn – had inaugurated the series a little earlier. Byrd and his band took pains not to disappoint a Paris audience they knew to be particularly fickle, and they astutely varied the public’s pleasures throughout the evening. The complicity that united the rhythm section – Walter Davis Jr., Doug Watkins and Art Taylor – was much in evidence on Ray’s Idea; mistrusting the traps of the spectacular at all costs, Donald Byrd, producing brilliant inventions on the trumpet, took the lion’s share of the honours on a theme that was then much in fashion, Dear Old Stockholm, adapted from a Swedish traditional song; on Flute Blues, Bobby Jaspar proved he was still a specialist on that instrument, and Paul’s Pal showed that, on tenor, the playing of Sonny Rollins hadn’t gone unnoticed.

It must be said that it didn’t have much effect on the discreet lyricism underlying the choruses he played during his “St. Germain” period. The Olympia spectators weren’t sparing in their applause for the five musicians. How else could they have reacted, faced with the fire the band showed during a tune like The Blues Walk? It wouldn’t take much for us to applaud, too, even if it is fifty-five years later…