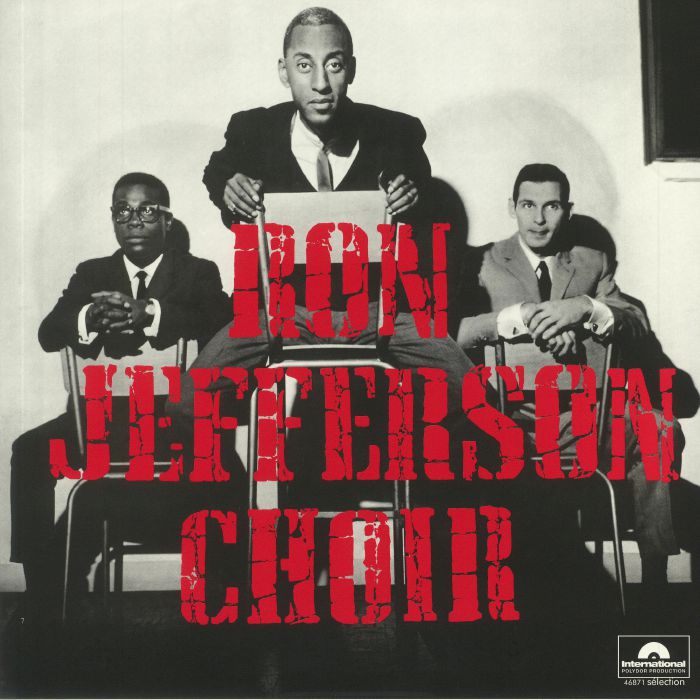 This self-titled album is a testimony of the short lived-band led by New-York drummer Ron Jefferson during his stay in Paris in the mid-60s. After a first album under his name on Pacific Jazz in 1962, the founding member of The Jazz Modes and the Les McCann trio made the trip overseas.

Here, he made his living by playing with the popular pianists Errol Parker or Hazel Scott but his main drive was this trio that he formed with two other US expats, bassist Roland Haynes (the same musician who recorded an album on Black Jazz as a pianist, as confirmed by Kirk Lightsey) and guitarist Buz Saviano. After a highly successful show at ‘Palais de Chaillot’ in 1965, they were invited for a series of concerts in Dakar Sénégal. On their return, Polydor International proposed them this session. You can hear the deep impact their stay in the Motherland had on their music on the stand-out track ‘Africa the Beautiful’. On pair with the best of Yusef Lateef’s afro-eastern explorations from the time, it showcases Ron on flute and Senegalese percussion. The album release nonetheless was a commercial failure that prompted the band’s separation and Ron’s return to New-York where he performed until his passing in 2007.

Only a few copies of this record ever made it to the shops at the time and very few have had the chance to listen to it before this legit reissue remastered from the original MONO master tapes.

Side B
Every Little Bit Helps (Ron Jefferson) 24’02