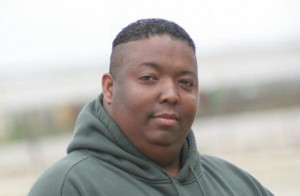 In 1999, he was the founder of the Detroit-based Wallshaker Music, an independent record label and music production company specializing in soulful house music, and of Cherry Juice Recordings, its European, Amsterdam-based, more Pop, record label. He was founder and CEO of W.A.R.M.T.H. International Inc. In addition to his own label, he also released materials on such respected labels as Ovum and the Underground Resistance, a sub-label Soul City[1] as well as Rebirth, Metroplex, Subject Detroit and Universal France.

His first Cherry Juice Recordings release, “Motion” (recorded and produced together with Laurent & Lewis) was elected “Best track” by Kevin Saunderson and Dave Clarke at the 2007 Amsterdam Dance Event.

Ragland appears in The Godfather Chronicles — The Ghetto Tech Sound of Detroit. His remix of rapper Johnny Dangerous’ “Topsy Turvy”, in which Aaron-Carl makes a cameo appearance is featured in Pick Up the Mic, a documentary by Alex Hinton.