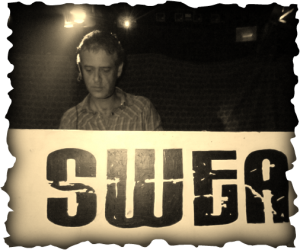 Starting in 1990 recording for Sheffield label Ozone records under the name of Panic with a release called Voices Of Energy, which was then licensed to Buzz in Belgium, Buzz 001, Buzz then went on to release classics by Carl Craig and Derrick May. He set up his own label in the same year Solid Groove Records with the now defunct Great Asset distribution which moved on to As it is  (Shady Acorns)  distribution and then to Intergroove UK.

The label had 30 vinyl releases over thirteen years and tracks were licensed by Derrick May, Terry Francis, Pete Tong, Adam X, and  Carl Cox.

He has recorded many more vinyl ep’s for labels such as Skudge, Komplex De Deep, Mowar, Sublime, The End, Ferox, Mosaic, Reel, Intec and one Lp and three ep’s for Leftfields label Offshoot.

At the age of twelve he became an avid bedroom DJ which taught him the skills that have taken him through a successful and professional career spanning twenty-two years.

From his first residency at the Portsmouth club Central Park at eighteen, he soon found himself in London spinning next to Carl Cox, Groove Rider, Colin Dale, Mr. C etc, at such raves as, Energy, Raindance, and clubs such as, The Astoria, The Gardening Club, The Pirate Club, The Marquee, Turnmills, Deep Space, Ministry Of Sound, Mr. C’s Release party’s and a residency’s for Fantasy FM and the famous south coast club Sterns.

With the profiles of the labels this took him on to the worldwide stage for the next 20 years playing in top clubs
such as.

His music tastes are very varied with his first love of Hip Hop as a teenager moving quickly onto the emerging Acid House scene from Chicago and then to Detroit Techno and then to New York House and due to working in record shops and closely with distributors he has superb knowledge of all three genres. His other big interest’s musically are Jazz- Soul-Funk-Fusion. He used these as a hobby collecting a superb range of all genres.