Skip to content
Slaves thrown overboard give birth underwater to the greatest warriors ever known.
The Drexciyans!! 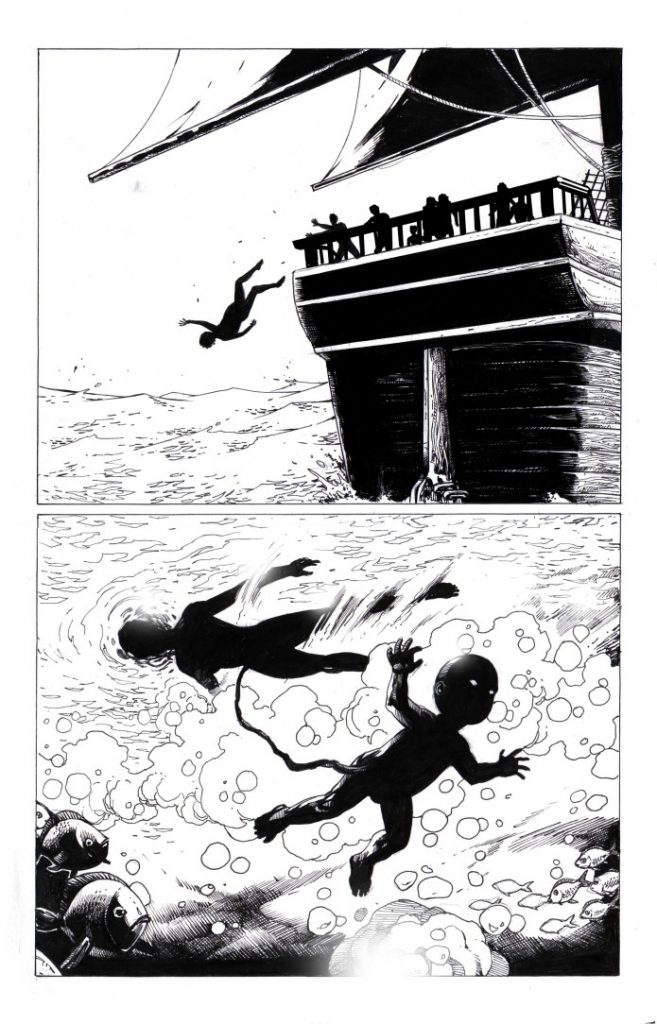 With the full support of living Drexciya member Gerald Donald and the surviving family members of James Stinson. This project will be guided to its completion by A. Qadim Haqq. Haqq’s legendary concept imagery associated with the Detroit techno community and beyond for almost 30 years and his contributions to the mythology at the time of conception makes him uniquely positioned to lead this endeavor. He will be supported by his team of artists (including fellow Detroit Techno Art Gallery partner, the legendary Alan Oldham) and members of X-971 Northwest Drexciyan Outpost.

The novel is currently in development and targeted for completion on what would have been James Stinson’s 50th Birthday September 14, 2019.

We are seeking financial assistance through this fundraiser from the Drexciyan community and beyond to lend support in a time of need to help bring relief to the family of the late Drexciyan member James Stinson through the completion of this first volume of the graphic series.. As many of you know James was one of the members of the infamous duo Drexciya of Underground Resistance fame. In 2002 James Stinson sadly left us early to prepare the Drexciyan Empire for its next chapter! Since then hardships have fallen on his family which include his mother.

Funds are needed to compensate artists and production costs.

A full 50% all funds raised will be given directly to James Stinson’s mother. Therefore, a goal of $10,000 has been established to support:

1.) To help the family of James Stinson – His mother and their family