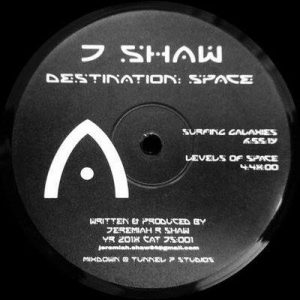 Detroit based artist Jeremiah Shaw, known as J Shaw Electro or SpaceDrifter3000 is an up and coming artist influenced by early Detroit Electro. Since 2008 he is a part of the international band collective AnTiZeRo and has released on Militant Science Records.

In this harsh world, J Shaw looked to alter the reality we live in with ways of escapism. Using sound as a positive influence and escape, J Shaw decided to alter the sound around us in order to drift to other worlds. Finding peace and tranquility; the first Destination: Space