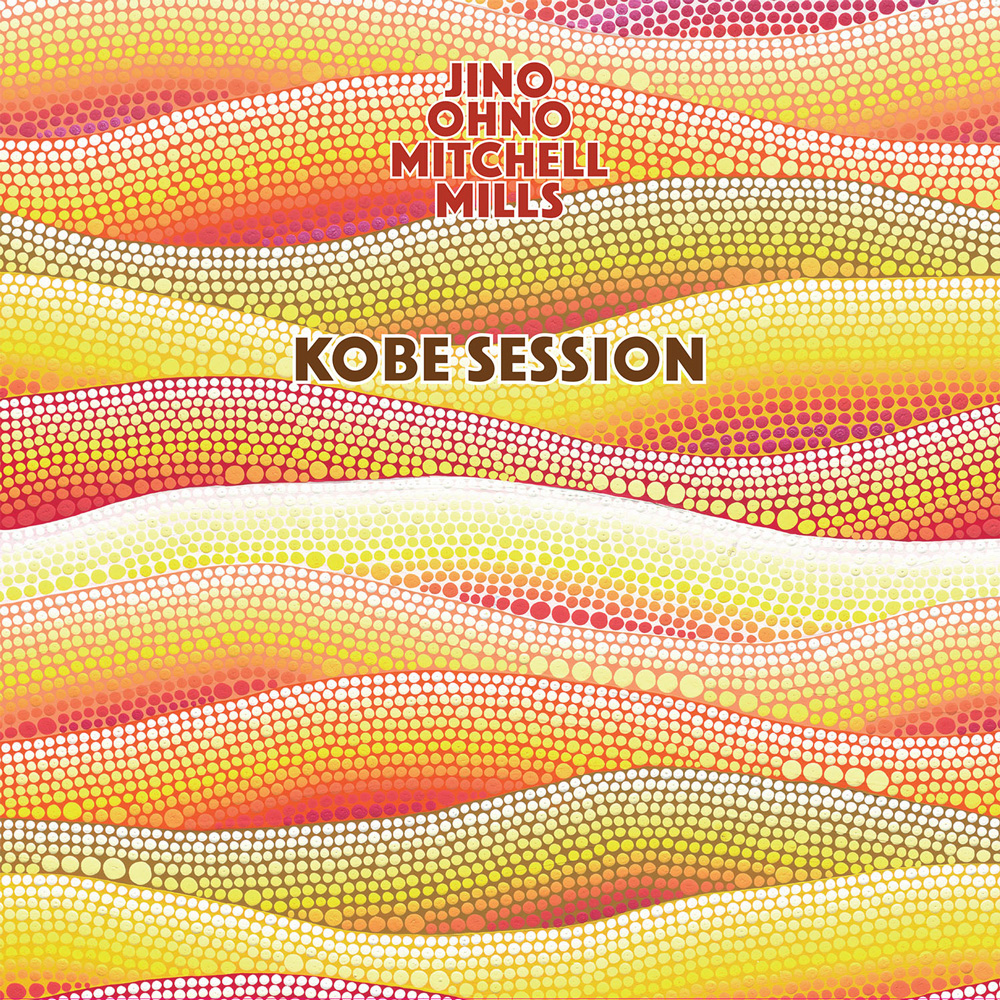 Kobe Session was a special improvisational performance created by Jeff Mills for the Exhibitionist 2 DVD project. Along with 3 other musicians, with a limited amount of preparation and rehearsal time, their objective was to create, shape and perform compositions in front of a live audience setting. Debuting in Tokyo, Sept 18 2015 at Terrada Warehouse during TodaysArt JP, this live recordings was captured in Kobe, Japan the following night on September 19th 2015 at Kobe Art Village Center.

Kenji “Jino” Hino: Bass Guitar / Vocal
Born in Tokyo, Kenji moved to New York City when he was six years old with his family. Influenced by his father who is the most famous trumpeter in Japan and known among jazz scene all over the world, he started trumpet when he was 9 and enrolled at La Guardia High School of Music & Art & Performing Arts at 15 to follow suit with the graduates like Marcus Millar, Omar Hakim and Bobby Bloom.He changed his instrument to Bass guitar at the age of 17, when he started to learn from Jaco Pastorius. In 1986 he started his professional career, joining a house band at Apollo Theatre as well as playing with Joe, Jessica Simpson and Blondie.Since then, he constantly works world-widely with great talents such as Joe, Christopher Max & The New Millennium etc. Also he forms his own band, recording own albums. In 2014, he finished the 3rd album, “Jino Jam” .Kenji is also active as a song writer, providing songs for Japanese artists such as Zeebra, AI, Kana Nishino. Meisa Kuroki and have hits selling over 200K sales/ a million downloads.

Gerald Mitchell: Keyboards
Gerald Mitchell born and raised in Detroit is a Musician, Producer,Band Leader,Dj and Sonic visionary whose music has made a huge impact on Detroit house and techno. From his work on Underground Resistance’s Interstellar Fugitives “Soul Saver” (aka UR 044) project to his Celestial Highways classic on Metroplex and early house production on Soul City, Gerald’s music has always been recognized by it soulful strength. His work with Underground Resistance and Dj Rolando led to the anthem ‘Knights of the Jaguar; and now the group Los Hermanos. He has brought his experience as a live musician into a group that expresses jazz fusion, gospel and funk into stunning electronic music in which he became the musical director for UR’s Galaxy 2 Galaxy / Los Hermanos Live tour 2005. Gerald has collaborated with many well known artist,dj,producers,and programmers from around the worldhe has remixed and released with various well known electronic labels a legendary leader in the electronic music scene worldwide. Gerald has begun his solo career after touring as Los Hermanos Live Bandand as a dj in many festivals and clubs in Japan , Europe. USA.

Yumiko Ohno: Moog Synthesizer
A member of the worldly known band, Buffalo Daughter, which was created in 1993 together with Moog Yamamoto and Sugar Yoshinaga. The group signed to Grand Royal Label by Beastie Boys and then Emperor Norton based in LA, touring all around the world. While still active as Buffalo Daughter (the most recent album “Konjac-tion” was released in 2014), Yumiko released her solo album in 2010 and collaborating with various artists including Keigo Oyamada (Cornelius), Yan Tomita, and Morgan Fisher.

About Front Cover:
“Sunset Wave” by GOMA (Japan)
GOMA is a player of the wind instrument didgeridoo developed by the Indigenous Australian Aborigines and is a painter.In 1998, he finished second in Barunga didgeridoo competition held in Australia Arnhem Land and achieves the first receiving a prize as a non-aborigine player.   After returning to Japan, he encountered a traffic accident and traumatic cerebral damage was diagnosed right before he broke into stardom in 2009. A symptom of the highly advanced brain functional disorder that it became hard to commit new things to memory stopped activity.In 2010, he began to paint used the technique of pointillism soon after the accident and held exhibitions throughout Japan and created a sensation.  In 2011, music activity is reopened through hardship told not to be able to recover. Movie featuring his comeback “flashback memories 3D” wins audience prize in the Tokyo International Film Festival and wins a prize for Asian movie best the Jeonju International Film Festival of Korea.