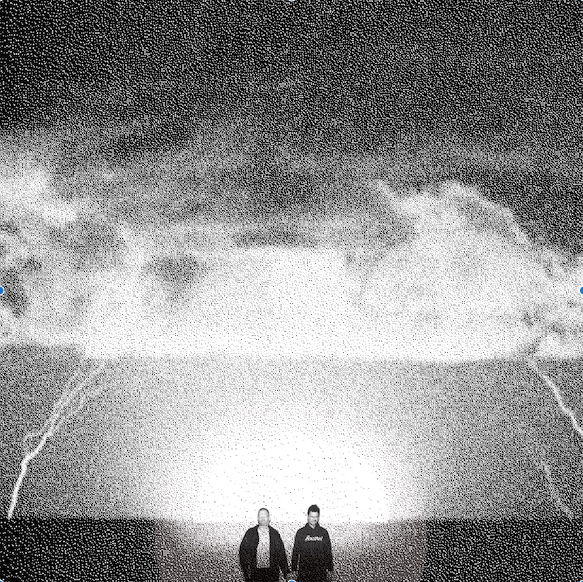 View cart “Elliott Dodge ‎| Impact Horizon” has been added to your cart.

We’re passing through an era when synthesizers have seeped into damn near every corner of avant-garde music, and yet the technology these days is too seldom used in the service of free improvisation. Oh sure, we’re treated to plenty of experimental techno, ambient drone, industrial and even underground rock all swimming in synth-based textures, atmosphere, programming and other compositional elements. But for those of us whose ears are tuned to the outer limits of jazz and noise, just about the only athletic bruisers willing to step to the plate on a consistent basis have been the veteran duo of drummer Didi Kern and keyboardist Philip Quehenberger. And to remind of us of their long-running exceptionality, the prolific Austrians are dropping LINZ, a ruthlessly sweaty live album meant as a celebration of the tandem’s 15-year relationship.

Comprised of a pair of side-long pieces recorded at the Stadtwerkstatt, in the Austrian city of Linz, this absurdly kinetic album–released on Boris Hauf’s Berlin-based Shameless label–is the sonic equivalent of a 28-minute submission hold. Quehenberger (who also has produced electronic music for the Editions Mego imprint) absolutely jabs, stabs and mangles his keys, producing dense, bass-focused litanies of vicious swirls, growling motors and gut-rupturing oscillations; he’s both frantic and utterly muscular sounding. Kern, meanwhile, flails about like an Adderall-gobbling octopus, filling in the cracks with deep, thudding skins and clusters of splashing cymbals. Most of the time the drummer (whose long list of credits includes work with Mats Gustafsson, Fuckhead, Weasel Walter and BulBul) kneels before the lords of chaos, yet there also emerge deliciously brief pattern bursts of rock-like linearity, tattered funk beats and a brand of jittery swing reaching all the way back to the classic hard bop days.

Of course, it’s all too tempting to draw parallels between the Kern-Quehenberger sound and a few of the mavericks of yore who themselves have used synthesizers in avant-jazz settings: Sun Ra and Miles Davis’ fusion-era ensembles for sure; there’s also Wayne Horvitz’s rumbling tones with Pigpen and the greatly underappreciated Bruce Ditmas, a drummer and synth explorer whose maniacally percussive recordings from the ’70s really kind of haunt the music heard on this record. Ultimately, though, Kern and Quehenberger have developed their own, unique language, one that will sock you right in the face on the wonderfully pugnacious LINZ.”