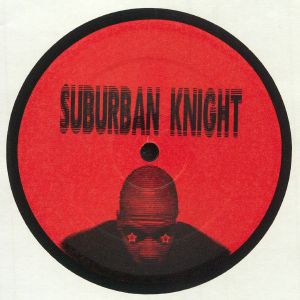 James Pennington is the Detroit techno talent who records as the Suburban Knight and has done since the middle of the eighties. He’s got plenty of mini-classics to his name such as ‘The Groove’ and ‘Art of Stalking’ and now he is back with what amounts to his first solo record in over a decade having previously worked with Inner City and Underground Resistance. Here he offers scintillatingly soulful techno on ‘Inner City’, which comes with a deeper and more quickened 207737 edit. Reverse the record and you’ll find ‘Species’, an intergalactic techno trip on bumping beats. ‘Intel Bombs’ (feat Ray 7) closes out with intense drum work and turbocharged stabs.