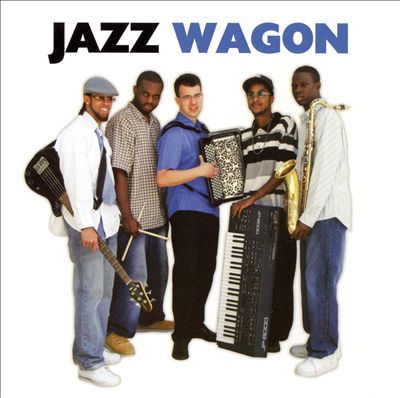 The Detroit based quintet Jazz Wagon take to heart the influence of post-bop modernists, ’70s fusionistas and their local mentors. Accordionist Julien Labro is known for his work with the gypsy swing band Hot Club of Detroit, while tenor saxophonist De’Sean Jones leads a group around the Motor City when not studying music at Michigan State University. The sound these instruments create on the front line of Jazz Wagon is unique. Funky basslines, insistent acoustic and at times electric keyboards from Jonathan Dixon, and occasional time signature changes navigated by the excellent drummer Nate Winn, keep things interesting even for a youth oriented funk-flavored demographic. Most everything here is a cover, save bassist Darell “Red” Campbell, Jr.’s “Lead Me,” an adamant day driving, power jazz-funk number. The arrangements are stock, a bit showy, and emphasize energy rather than musicianship, but the difference is in interpolation. For instance, a Middle Eastern flair introduces a very quick take on “Caravan,” the backbeat rather than Argentinean seduction identifies “Libertango,” spacy electronics melding into swing with 3/4 and 4/4 mixed meters perhaps contradictorily confuse “Monk’s Dream,” and an atypically upbeat concept contemporizes “Naima.” The late Detroit drummer and composer Lawrence Williams wrote “Number 3,” done previously by Jazz Wagon teacher Marcus Belgrave (and Geri Allen) and they play the complex modal melody well in a nice tribute. This group was not a working band at the time of this release, so it can only be speculated whether this is a one-note combo. Nonetheless, the playing is of a good quality, and the recording is recommended for those who want to hear what is going on in the current circa 2007 Detroit jazz scene.